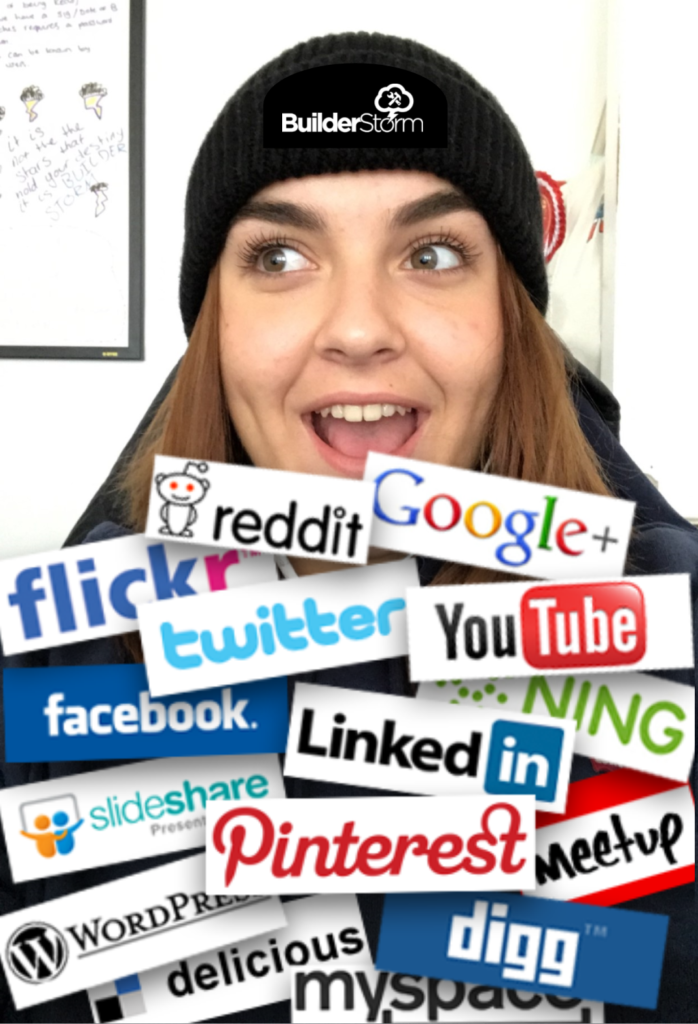 When I was a child, I never would have thought that social media would have grown to be such a big factor in most people’s lives – or even in my life. However, in the past 2 or 3 years, you have probably noticed by now that most people never leave their house – or even their bedroom without their phone (guilty). This may seem unhealthy to the average human eye, but does social media help teenagers build a career within the business world?

If you’re the average everyday person, you spend a minimum of 5 whole years of your life on social media – well, 5 years and 4 months if you want to be specific. If you break that down to everyday usage, that about 1 hour and 56 minutes a day spent on applications like Instagram, Twitter, Facebook, Snapchat, LinkedIn, Reddit, Pinterest, Tumblr etc. However, if you put different generations in a competition of how much time they spend on social media and their phones, teenagers snatch 1st place. Most teenagers daily average time spent on social media is nine hours a day – which is longer than most teenagers spend sleeping or in school (yes, you read that right). If you compare this to the average amount of time they spend socialising with different people on a day to day basis, it comes to 1 year and 3 months of their whole life. Crazy, right?

Now, even though teenagers are spending such an unhealthy amount of time on social media and our phones, social media has become such a big part of the job search process. Different social media platforms like Facebook, Twitter, Instagram, LinkedIn allow employers to see who you really are and how you behave outside of the business world. This is probably one of the main reasons that employers are active on social media on a day to day basis.
If you look at specific surveys, for example, Careerbuilder.com created a survey and asked 2,303 hiring managers and human resource professionals if, how, and why they include social media in the hiring process. The results were that 37% of employers use social media in the hiring process to see their candidates’ true characteristics and personality. This is where the teenagers come in. Even though they may seem oblivious and lazy, teenagers know how to hack the system. Teenagers know exactly what employers are looking for – the good, the bad and the ugly.

Don’t get me wrong, I haven’t killed someone and hid it from my employer. I’m just saying that the people who think teenagers are clueless, have got it totally and utterly wrong. If you compare my LinkedIn and Facebook account to my Snapchat or Instagram account, I don’t think you would recognise me.

Even though I got a little bit sidetracked with the topic just then, this isn’t the only reason why teenagers are so good with jobs that involve social media. The main reason why teenagers seem like professionals with tasks that include social media is that they know social media like it’s on the back of their hands. They grew up with social media, so they know the ins and outs of everything that involves it. If you took my job as an example, part of my role includes researching different businesses that could end up being our potential clients. Even though it sounds easy, it’s reasonably complicated – why do you think they hired such a young person to do the job? It’s because we are the best investigators.

When I try to explain my job to my parents or my grandparents, you can see their heads tilt to a perfect 90-degree angle. They ask, ‘isn’t that time-consuming?’ … The real answer to that question is no; it’s not time-consuming at all. The time it takes me depends on how big or how small the company is in the first place, but usually, It takes me about 5 minutes to research one company that could become a potential client in the future. The reason for this is because I know exactly what I’m doing. If you asked me to investigate a person that I don’t even know, I could find out where they live, where their parents live, how many children they have, if they have any pets, their middle names – you name it, I’ll find it out… and the only reason I can do all these things is because I have learnt so many skills from growing up with social media.

Before I landed the job I currently have, employers used to ask me if I knew how to use Microsoft Office, Excel, PowerPoint etc. I used to think in my head how easy these applications are to use, you could probably give it to a monkey, and it would know how to use it within the first 2 minutes of giving it to him. Even though I didn’t say this to the employer, I would say ‘yes’. After all these interviews I would think to myself that I would be wasting all these skills I have. But a job means money and money means not being homeless.
Even though I didn’t think that my first job would be with a construction software company, its way better than I had hoped to get. Usually, teenagers first jobs are in a restaurant as a waiter/waitress, working in a small pub, working in a supermarket as a shelf stacker etc. But somehow, I was able to skip the first lousy job and get myself a proper job. When I told my friends about the job I just got, all their responses were the same. ‘how come you were able to skip the famous first bad job?’ and my answer was the same to every person that asked… ‘I decided to put my skills to use and try and find a job that I thought I would really enjoy’ and it’s true, I love the job I have because it’s what interests me.

In conclusion to this fascinating story, social media has become a significant factor in jobs today, and I believe that teenagers are the perfect candidates for these jobs.