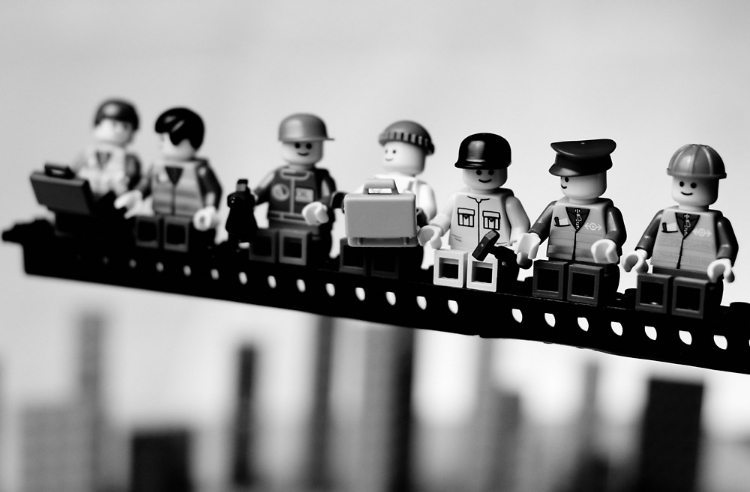 If you’re like me, then you love reading facts and conspiracy theories. I’m a sucker when it comes to ‘top 10 craziest facts’ videos on YouTube. Once I watch one of them, I suddenly realize 2 hours later that I’ve fallen down a rabbit hole on YouTube and then I’m suddenly watching a video about the top 10 craziest last meal requests. Why would I want to know that, you ask? I don’t. But I find these videos so intriguing and interesting that I can’t resist the temptation. So, for today’s blog post, I’ve decided to write about the top 10 weird and crazy facts within the construction industry – not only to entertain you… but to entertain myself as well.

To kick this all off, I’ll start with the 1st weird and crazy fact…

1. A 57-Storey skyscraper that was built within 19 days

In China, a construction company has claimed to be the fastest builders within the construction industry after building a 57-Storey skyscraper in just 19 days. The companies engineer stated, “With the traditional method they have to build a skyscraper brick by brick, but with our method, we just need to assemble the blocks”.
They even created a time-lapse video whilst building this mini-city sky-scraper which has become incredibly popular on Chinese video sharing sites ever since it was first uploaded – check it out here

This company is now trying to build the world’s tallest skyscraper – building around 220-stories within 3 months. Sounds impossible, right? Apparently not.

2. The Great Pyramid Of Giza

The Newby-McMahon is the smallest skyscraper to this day, measuring to about 40 feet tall. In 1919, a man called J.D. McMahon was able to raise about £200,000 so he would be able to build a 40ft tall building in a small town called Wichita Falls in Texas. J.D was able to do this because he never stated how tall the building was going to be. On the blueprints, he wrote 480” – meaning 480 inches, not feet. Sneaky, right?
The investors never noticed it or questioned J.D. – they just assumed that they were going to get a beautiful 480ft skyscraper.

4. It Took The Population Of A Small City In The U.S To Build The Burj Khalifa

6. A Castle In France

In 1997, a group of enthusiasts began to build a castle in France, using only materials, tools and techniques that were available in the 13th century (800 years ago) and the project has been scheduled to finish sometime in 2020.

In 1983, hundreds of workers broke the world record of building a 3-bedroom house in just 3 days. It was soon sold to a family – but they didn’t tell the family about the home’s origin. The home became an instant nightmare, the family began to find uneven slabs, burst pipes, flawed roof, mismatched paint, buckled walls, crooked doors, faulty sewer – you name it, they probably found it. You would’ve thought that the family looked at the house before buying it… apparently not.

8. Lunch Atop A Skyscraper

In the 1920’s in New York, skyscrapers were being built left, right and center. It created a lot of competition within the construction industry and one of the most interesting rivalries was between two men named William Van Allen (Chrysler building) and H. Craig Severance (40 wall street building). Because William Van Allen was so obsessed with winning this competition between his rivalry, he added a 180ft spire to the top of his building to ensure that his building would be taller. Not only did he win the competition, but it gave him bragging rights for the tallest building in the world – or for 11 months… until the Empire State building snatched the crown.

A French post-man names Ferdinand Cheval spent 33 years of his life picking up and collecting stones whilst he was delivering mail. With the stones he collected throughout the years, he decided to create ‘La Palais Ideal’ in Hauterives. The building is now considered a piece of ‘naïve art’ and was made a cultural landmark in 1969.